Digitalization has grown at a very rapid pace. The age of data is no longer coming. Rather it is already here and in full activity across the entire globe. An average person of this age will have their data available on all digital platforms. Considering the pace at which the digital age is transforming everything, it wouldn’t be wrong to assume that data has exploded in numbers. 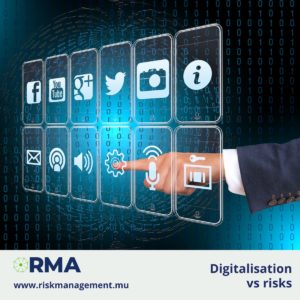 Where digitalization has affected and transformed many fields, it has also led to the rapid evolution of risk management. The digital age has impacted everything from customers to market trends.

With such a transformation, it is hard to employ the same risk management principles which were used in the 1970s and see substantial results. In this article, we will discuss how the digital age has effectively transformed and shaped the new face of risk management.

The dedicated inspection of any pie chart, any graph or other consumer-based report will reveal that consumers have changed. The people of 2022 are incredibly different from those of the 90s. As a result, the market has changed significantly. New trends are in constant motion, while the present trends can wither away rather quickly. The term “passing fad” has never been more appropriate than now. Such a transformation has led to dynamic consumer demands, leading to different principles for risk management than the orthodox methods.

Digitalization has effectively cut away many old hurdles and obstacles. An example would be brick-and-mortar businesses. Once, the owner of restaurants relied on increased footfall and the old advertisement methods to bring in more traffic. Now, online platforms have taken the place of traditional advertisement. That is just one example. In a way, digitalization has transformed the risks by getting rid of the old methods. They are no longer relevant, and henceforth, their risks no longer need to be calculated.

3. The Emergence of New Risks

While digitalization has done away with the old methods, it doesn’t mean that new risks aren’t around the corner. In fact, with the arrival of new technologies and gadgets as well as channels, new risks have emerged. This digitalization has led to the emergence of new risks, some of which are arguably more severe than before. In some cases, the risks have transformed while remaining at the same or lower threat level compared to their orthodox counterparts.

Many such trades and professions have recently emerged thanks to a digital era which weren’t present before. They pose newly birthed risks. The assessment of such risks needs to be developed for the first time, thanks to digitalization.

One of the most obvious outcomes of digitalization is that priorities have shifted. The old business models were built on the assessment of those risks, which are now either non-existent or so abundant that a new model is required. For example, ecommerce is a world of fierce competition. Those who enter it for doing business are well aware of the risks as well as growth opportunities. In some cases, competition means business and growth possibilities in that sector. The age of digital has made it happen.