An economic recession is defined as a significant decline in the economic activity of a country. Such a decline lasts for more than several months and can significantly impact many businesses. Startups may risk failure, and the GPD faces a substantial decline, resulting in stunted revenues.

Despite the shortcomings of such a crisis, businesses can still prepare and introduce risk management into their functioning models. In some cases, a few businesses have even gone as far as finding unusual opportunities in the previous recessions. A most significant example is the pandemic era which marked the rise of many unusual startups and businesses. This article will cover some of the strategies for managing risk during an economic recession. Some of those methods are given below. 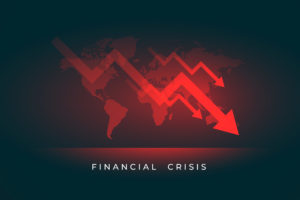 The market is often quick and transformational during a crisis. The trends shift capriciously and, in some cases, mercilessly. In such a scenario, especially that of an economic recession, companies should adopt an agile model that helps the businesses make and implement swift decisions. The added benefit of such an approach is that agility in the decision-making process often leads to firms staying one step ahead of the market. Therefore, if a recession is around the corner, the companies can make swift decisions to adjust their model through newly added dynamics in their systems.

A business continuity plan (BCP) is formed in the initial phases. Once the business grows and revenues start flowing, BCP has a chance of growing stale. However, following the economic recession scenario, it is time to revise the BCP to better adjust to the new looming crisis.

The risk committee should review the BCP and see which of the established pathways allowed the business to flourish. If that income stream is threatened during the economic recession, then the business model needs to be adjusted according to the new situation.

There is a dire need for repurposing a business and shifting its priorities to ensure a more working model. Quite possibly, a business may not require a complete detour from the original direction and may only need to focus on one particular aspect, e.g., customer satisfaction. Part of such strategies also means that businesses will need to eliminate the potential cash drains and do away with non-essential or underperforming assets by selling them. Priorities are now focused on what works, and innovation is removed due to the risk of uncontrolled variables.